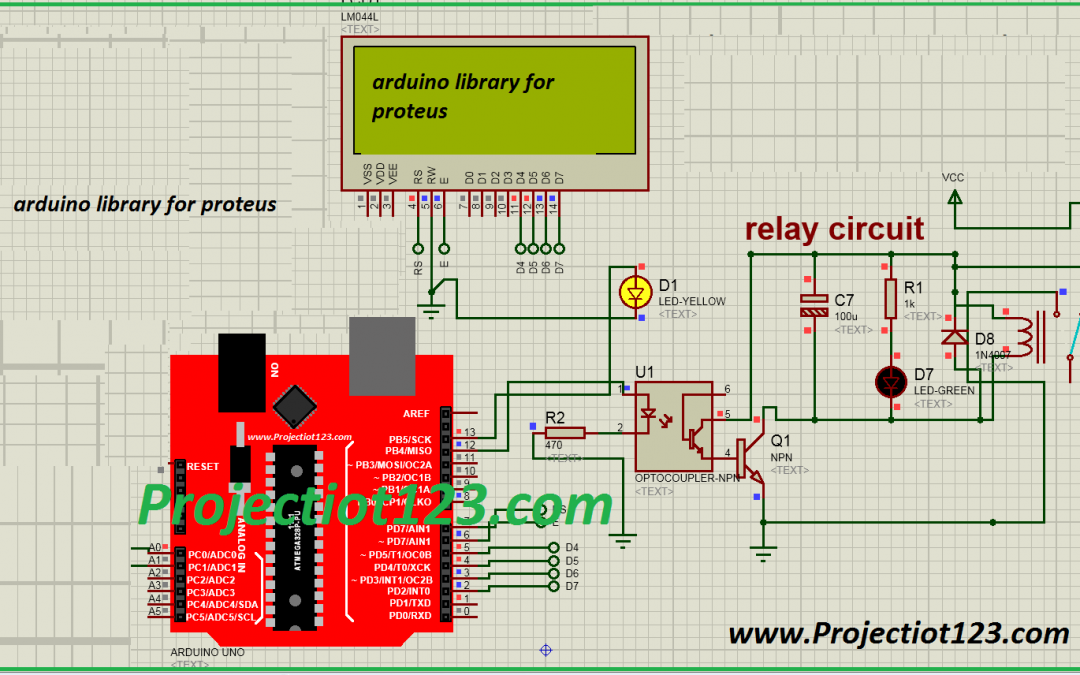 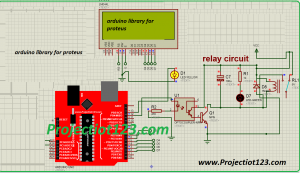 [otw_is sidebar=otw-sidebar-1]In this projectiot123 tutorial I will discuss how to simulate circuits with Arduino microcontroller on Proteus(arduino library for proteus simulation). You will learn how to download the libraries of Arduino for Proteus and simulate the codes build in Arduino IDE on Proteus with additional circuits for example diodes, led, transistors and motors etc. So keep reading and enjoy learning

Downloading the Arduino Library for Proteus

You can download the full Arduino Library having six Arduino boards

Arduino DUE Library for Proteus

As I have mentioned earlier we need to download the Arduino library for Proteus before simulating the Arduino Atmega 328 circuits. I will discuss here steps for downloading the Arduino Library and installing it in the Proteus.

This zip folder will be containing two files. One is called Arduino LIB. And other is Arduino.IDX

Setting the HEX file in Proteus 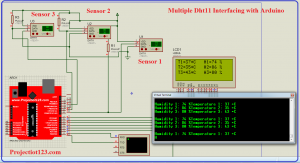 we design projects of arduino  in proteus.here are the list of arduino proteus projects.

you can see how to relay interfacing with arduino in proteus.  my last post is  what is relay

I hope this article would be helpful. In this next article I will discuss the simulation of the Arduino and LCD on the Proteus.