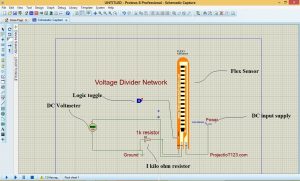 Flex Sensor and Arduino in Proteus
In this post I will discuss about the flex sensor, applications of the Flex sensor, interfacing of the flex sensor with the Arduino microcontroller development board. In the previous post I have discussed the Ultrasonic sensor and its simulation in the Proteus.
After reading this post you will be able to learn the simulation of flex sensor in the Proteus and you will also learn about the Interfacing of the Arduino with the Flex sensor. So sit back, keep reading and enjoy learning.

what is Flex Sensor:

Notice in the above figure that the Flex sensor has only two pins. You can alternately connect the each pin to either voltage supply or ground. It is not a rule of thumb to connect the pins as shown in the figure above:

Working of the Flex Sensor: 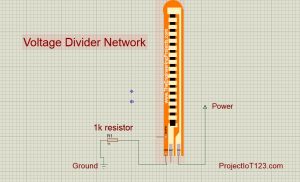 Now let us understand the working of the above circuit. As can be seen in the figure that the Flex sensor is connected to the 1 kilo ohm resistor in voltage divider configuration. So if the resistance of the Flex sensor varies with the amount of the bending the voltage drop as governed by the voltage divider equation varies across the 1 kilo resistor and the flex sensor itself. The variation of the voltage level can then easily be read on the analog pin of the Arduino microcontroller development board. So this is the way the flex sensor works.

Applications of the Flex sensor:

Once you have learned the principle of the working of the any sensor you can use it any way you want. The most common application of the Flex sensor is in the Robotic hand where five Flex sensors with their voltage divider circuits are connected to the Arduino microcontroller development board.

Now search for the Flex sensor in the Proteus library as shown in the following figure: 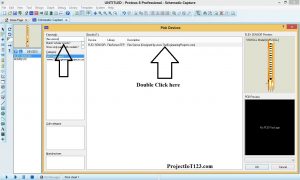 Now look for the 1 kilo ohm resistor and place the components in the workspace. Draw the circuit as shown in the following figure:

As shown in the circuit above that the circuit is designed in such a way to assess the output voltage corresponding to the signal applied at the input of the Flex sensor. Notice that the digital logic toggle is used in this case and also the output is taken from the third terminal which is not present in the actual Flex sensor. So the reason for this is that the flex sensor simulation model is in progress of designing and here is just the approximate model. When the toggle is pushed high or low the corresponding voltage level would be read on the voltmeter.

The whole process is shown in the following video.
That is all for now. In the next post I will come up with more interesting topics and applications of the Proteus. Till then stay blessed, keep reading and enjoy learning.