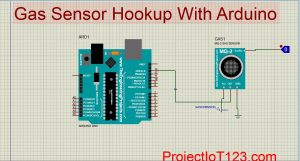 In this post I will discuss the simulation of the  Gas sensor in the Proteus. In the previous post I have discussed the simulation of the Ultrasonic sensor, Flame sensor and PIR sensor simulation in the Proteus.Gas sensor is very useful for developing the embedded systems projects. I have also written other posts discussing the Printed circuit design in Proteus. Go through my posts on Laplace transform and Fourier Transform if you want to have the intuitive approach to these topics go through them anyhow they are worth reading.

Gas sensor as its name implies is the type of sensor which detects the gas in the vicinity in which they are installed. Gas sensor responds to presence of the smoke by varying its voltage. The Gas sensor looks like the one shown in the following image: 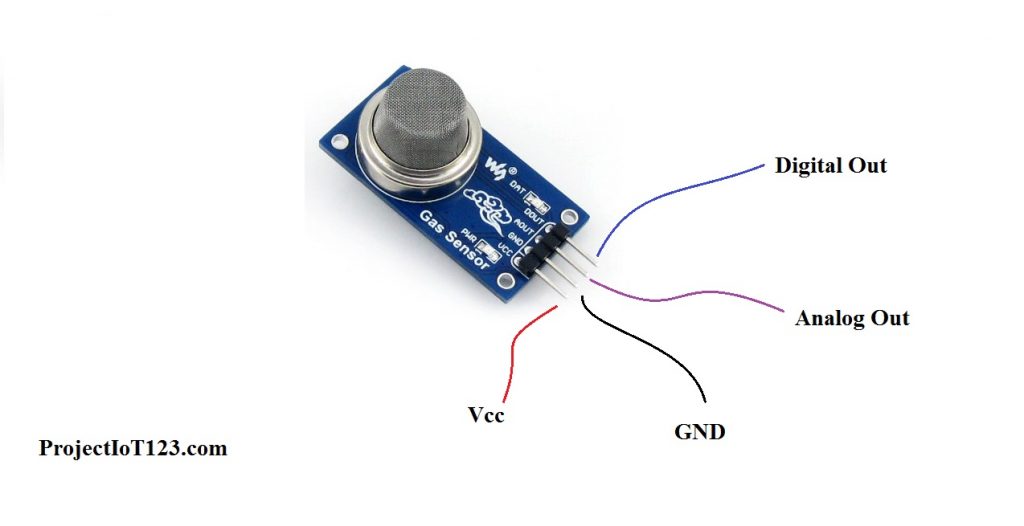 Download the simulation of the Gas sensor and place the files in the library of the Proteus. The whole process is explained with the help of pictures in my post on Ultrasonic Sensor.

Add all the components that are to be used in the workspace of the Proteus as shown in the following figure: 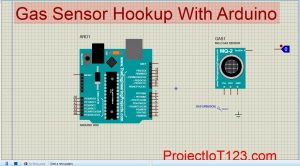 Now draw the circuit as shown in the following figure:

Now attach the simulation file of the gas sensor as shown in the following figure: 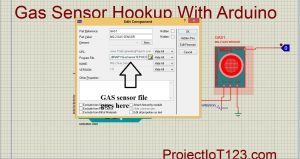 After you drawn the circuit it is now time to attach the HEX file of the code written in Arduino for simulation. Without attaching this HEX file the Arduino behavior will be unable to simulate in the Proteus. The HEX file is attached by double clicking the Arduino as shown in the following figure: 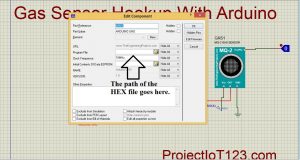 That is all for now I hope this post would be helpful for you. In the next posts I will come up with more interesting applications of Proteus and more interesting topics of engineering. Till then stay connected, keep reading and enjoy learning.