what is IR sensor:

Before diving deep into the discussion on the simulation of IR sensor let us first see what is the IR sensor? IR sensor as the name implies is the type of sensor that is used to detect the presence of the infrared radiation in the vicinity of the sensor. The IR sensor can be considered as simply an IR led which measures or respond to the IR waves. Infrared radiation as most of you might know is the electromagnetic wave in a particular frequency range in the Electromagnetic Spectrum.

The Infrared waves are invisible to eyes but can be detected using the IR sensor. The IR sensor acts in the same as does the Photodiode but the IR sensor only responds to the electromagnetic waves with the particular frequencies that lie in the spectrum of the IR waves. In contrast to the IR sensor there exist the IR emitters which are also the light emitting diodes but emit the Electromagnetic waves in the frequency range of that of the Infrared waves. There can be various sources of the IR radiation for example in the sunlight there are electromagnetic waves which qualify the properties of the IR radiation and the IR radiation also gets emitted as thermal radiation. In addition IR transmitter also emits the IR waves which can be used to perform a number of tasks. The IR receiver, transmitter and proximity sensor are as shown in the following figure.

Applications of the IR sensor:

Working Principle of the Proximity Sensor:

The working principle of the Proximity sensor is quite simple. As shown it is based on the IR receiver and transmitter. The transmitter of the proximity sensor emits the infrared radiation in the surrounding and the receiver then responds to the IR waves that get reflected from the reflecting surface. The IR waves are usually absorbed by the black colored surface and reflect from the white color surface. This response of the IR radiation makes the IR sensor to be used in line following robots which will be covered in next post. 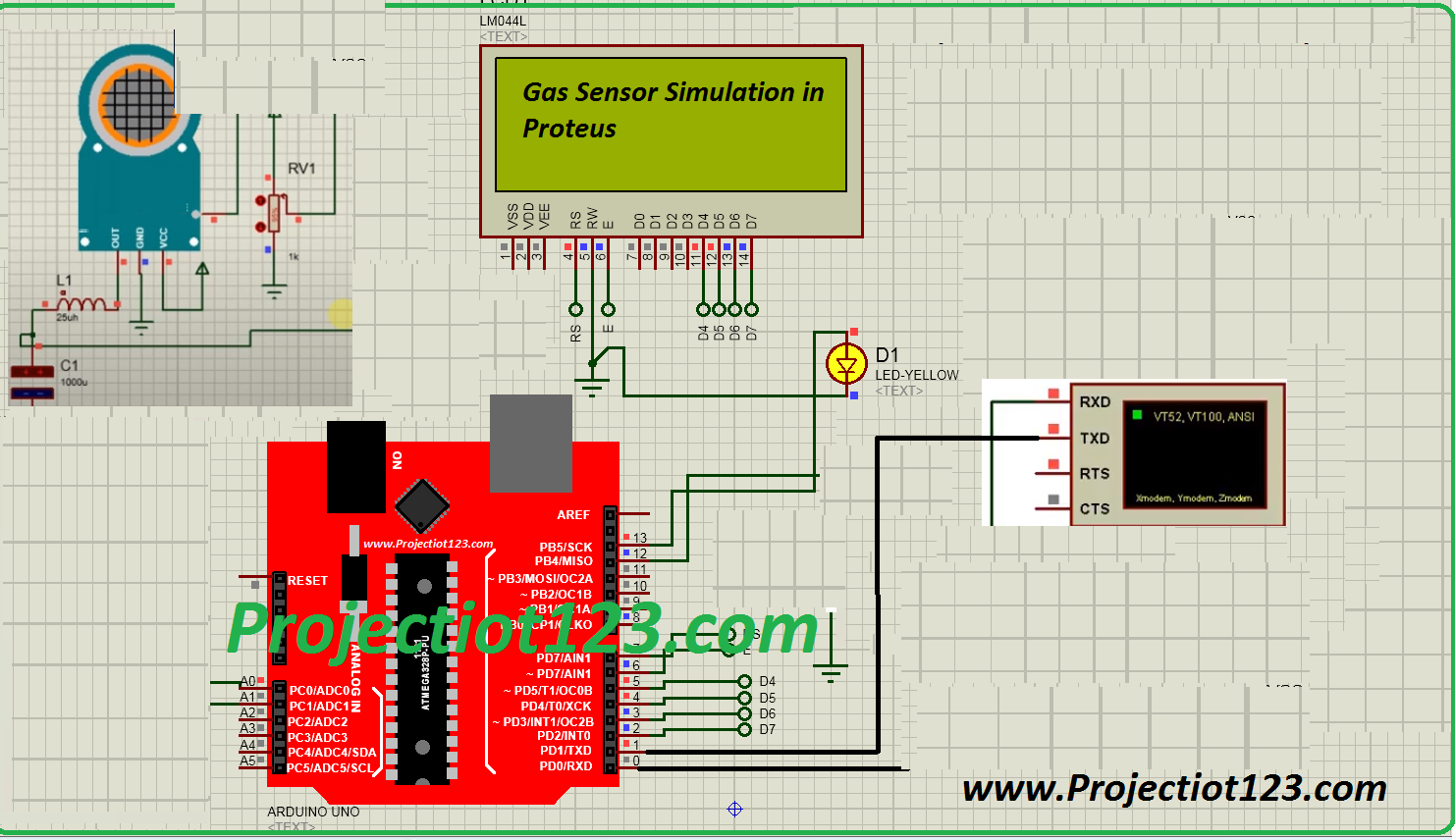 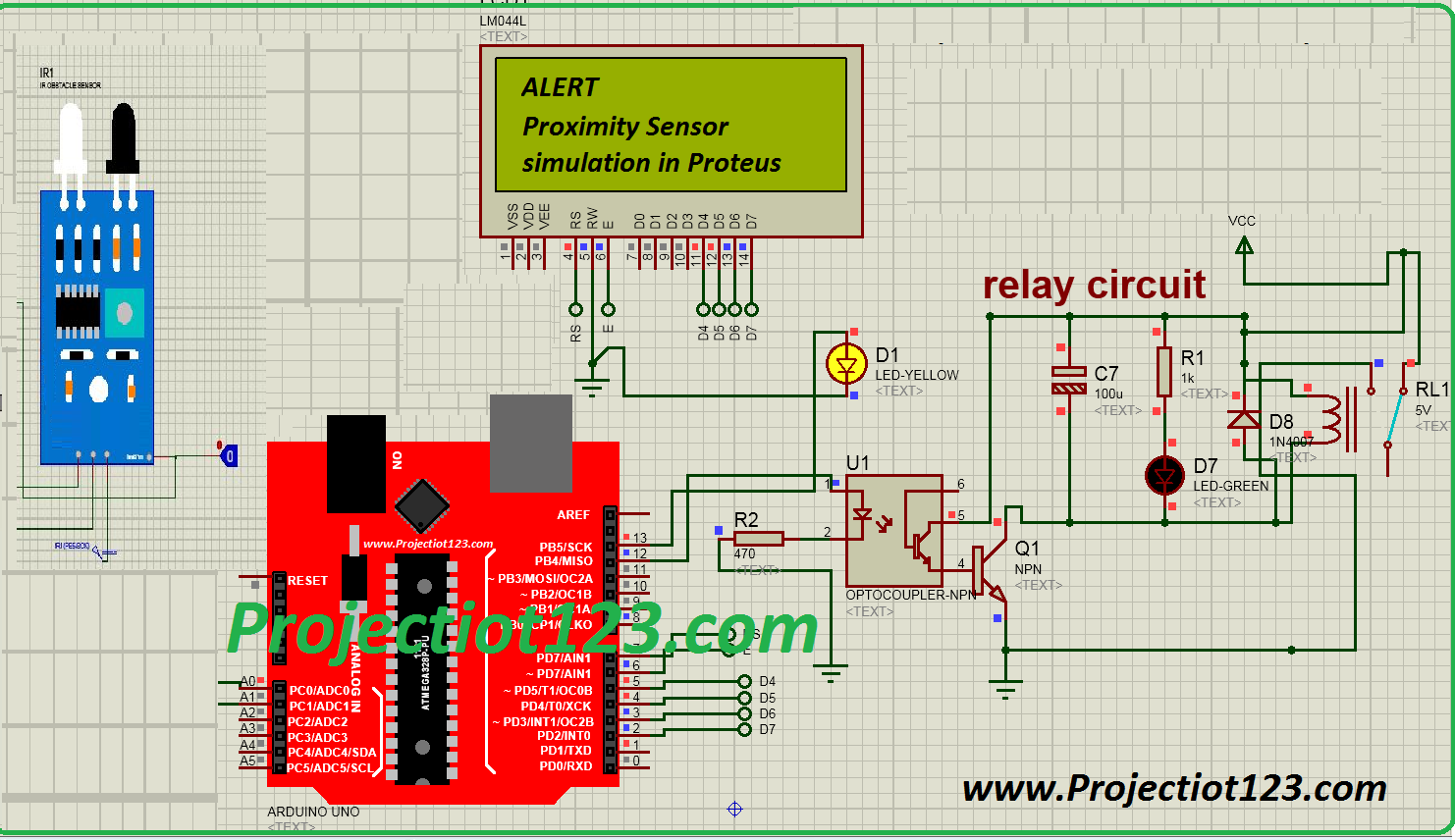 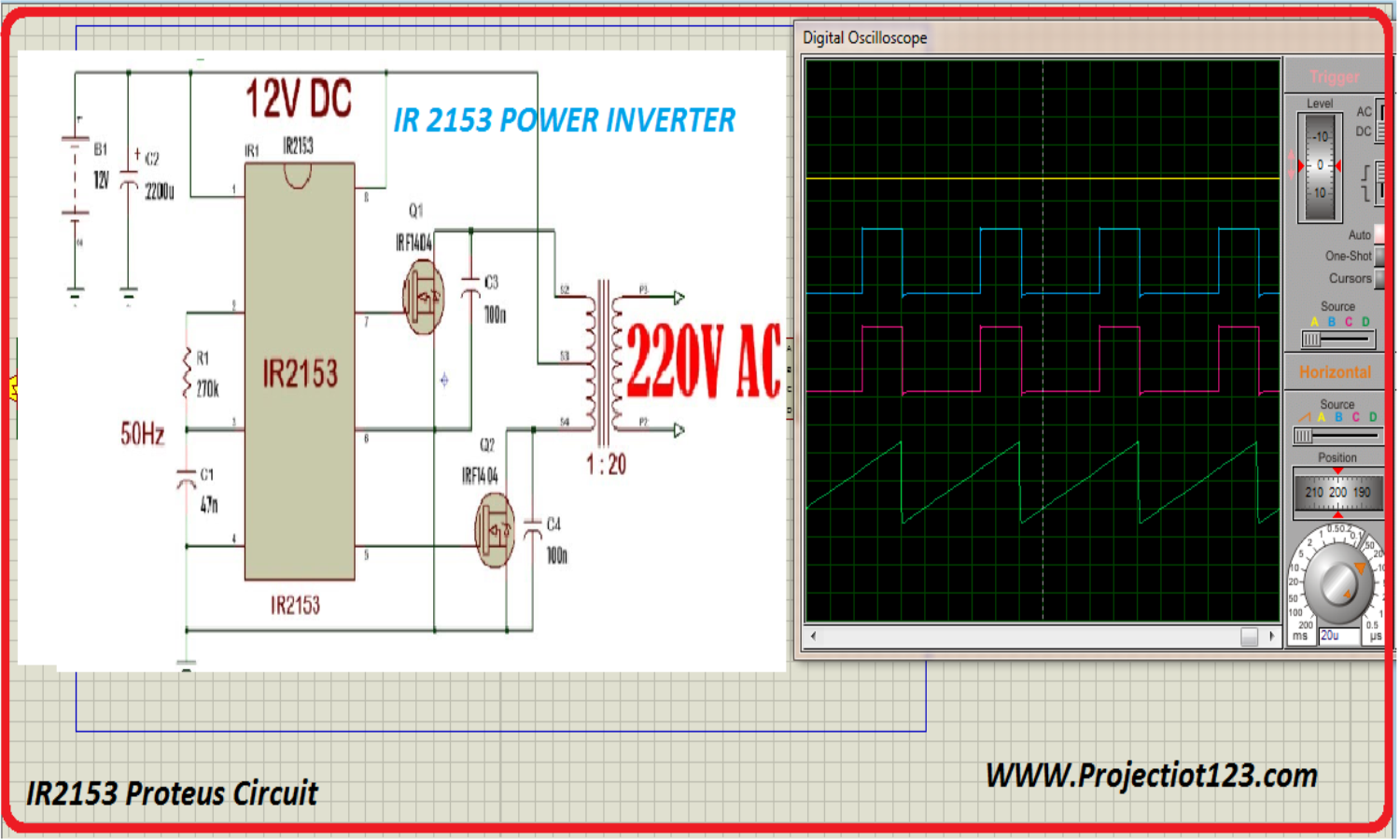