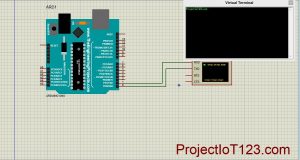 After reading this post the reader will be able to understand the importance of using the Virtual terminal. The reader will also be able to learn the serial communication and demonstrate it by using the Virtual Terminal in Proteus. While reading this post the reader should keep it in mind that the post only discuss the Virtual Terminal and its use in Proteus in order to understand the topic in detail the reader should learn about the UART (Universal Asynchronous Receiver Transmitter), RS 232 and serial communication. I will write on these topics later in my posts. 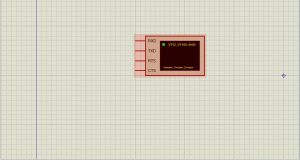 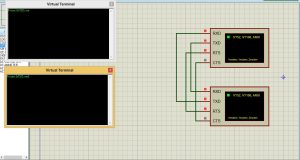 click here for  Downlod
Now let us simulate the serial communication over UART between the Arduino microcontroller and the Virtual Terminal. Consider the circuit as shown in the following figure:

How to use Virtual Terminal in Proteus with Arduino

Now hit the simulation button and the data that is send by the Arduino is displayed on the Terminal window as shown in the following figure:

Suppose you have designed the hardware using the Arduino that can communicate over the UART that is the system let us say can send the reading of the temperature and receive the commands using the serial port. Now you want to see whether your hardware is working properly or not for this purpose you need to have some type of mechanism with the help of which you can see the data that is sent or received from the Arduino. Here again the Virtual Terminal of the Proteus serves the purpose.

It can be done very easily with the help of the module available in the Proteus which is called the COMPIM. This COMPIM acts as the virtual connection between the Virtual Terminal and the external hardware over the UART. Suppose that you have connected to your hardware consisting of the Arduino to the com port of your PC or laptop and the name of this com port is let us say COM9. By the way the name of the COM port to which Arduino is connected is determined from the control panel. Now double click on the COMPIM to open its properties and edit the properties according the situation that is write the name of the COM Port COM9 because you want to communicate to the Hardware that is connected to the COM9 as shown in the following figure:

That is all for now I hope this post would be helpful for you. In the next post I will come up with more interesting topics and applications of the Proteus. Till then stay connected, keep reading and enjoy learning.