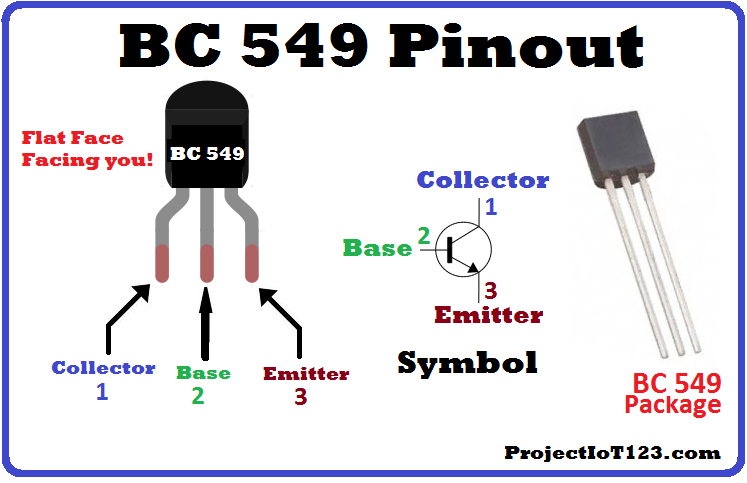 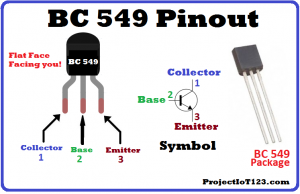 So sit back, keep reading and enjoy learning!

The pinout of the BC549 Transistor is as shown in the following figure:

BC549 is a general purpose transistor and mainly employed for switching and AF (audio frequency) amplifier applications. The BC549 transistor gets on when the Base-Emitter Voltage exceeds 0.55 volts. The Transfer characteristics of the transistor is defined as the relation between the input and output voltage.

The tentative representation of the electrical characteristics of the BC549 transistor is as shown in the following image. 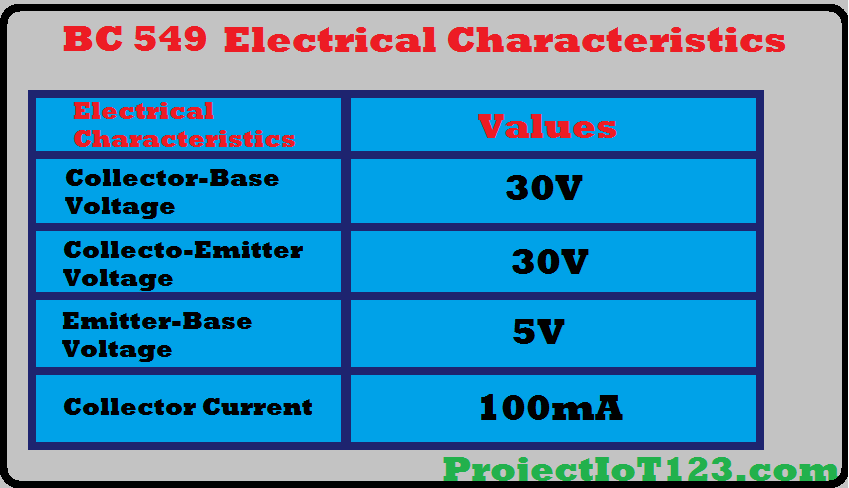 That is all for now, I hope this tutorial would be helpful for you. In the next tutorial I will discuss another transistor. Till then stay connected, keep reading and enjoy learning. 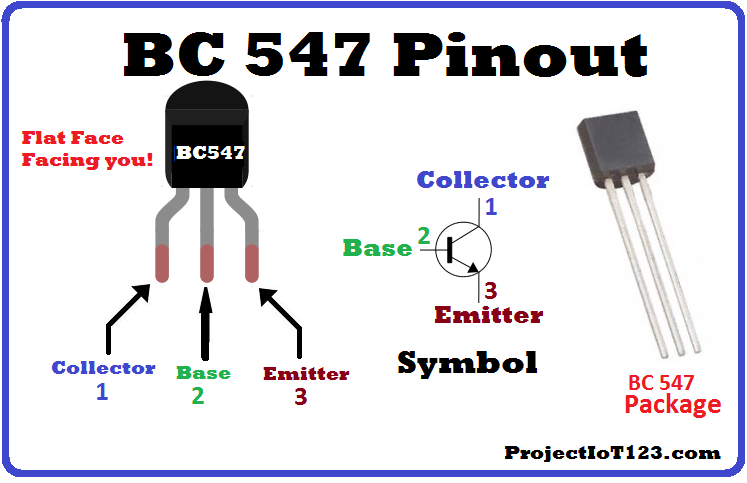 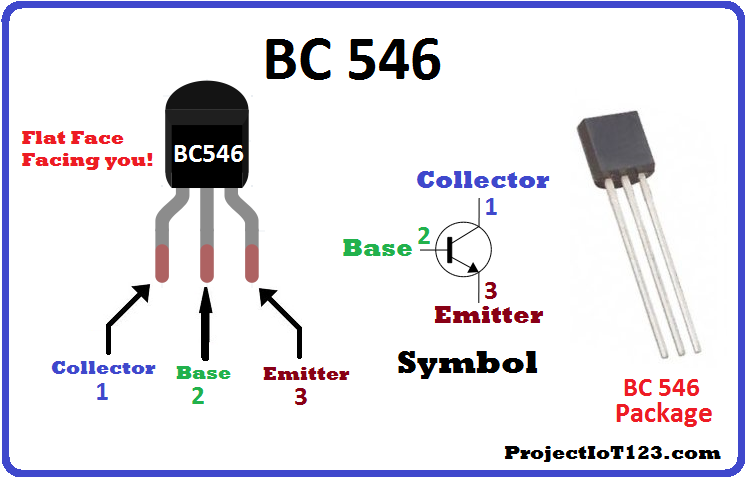 Introduction to BC546 transistor 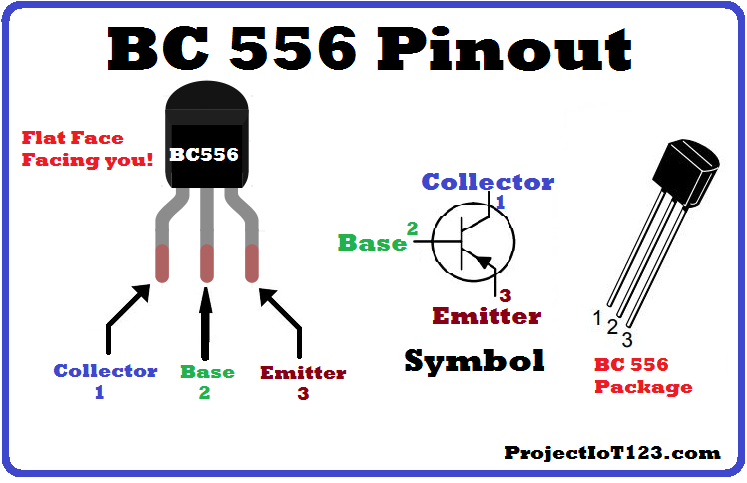