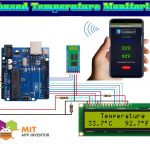 There are so many other devices in the LM series of temperature sensors like LM34 (measuring in Degree Fahrenheit) and LM335 (measuring in Kelvin) but LM35 seems to be very famous for DIY Projects. 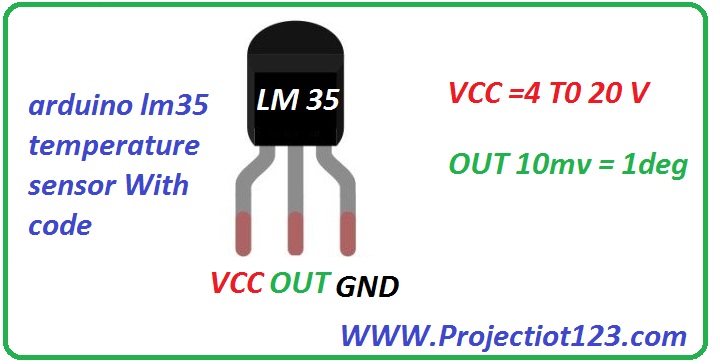 Although you can easily measure the temperature using LM35 Sensor and also a multimeter, a microcontroller like Arduino will be very helpful in showing the result on an LCD. 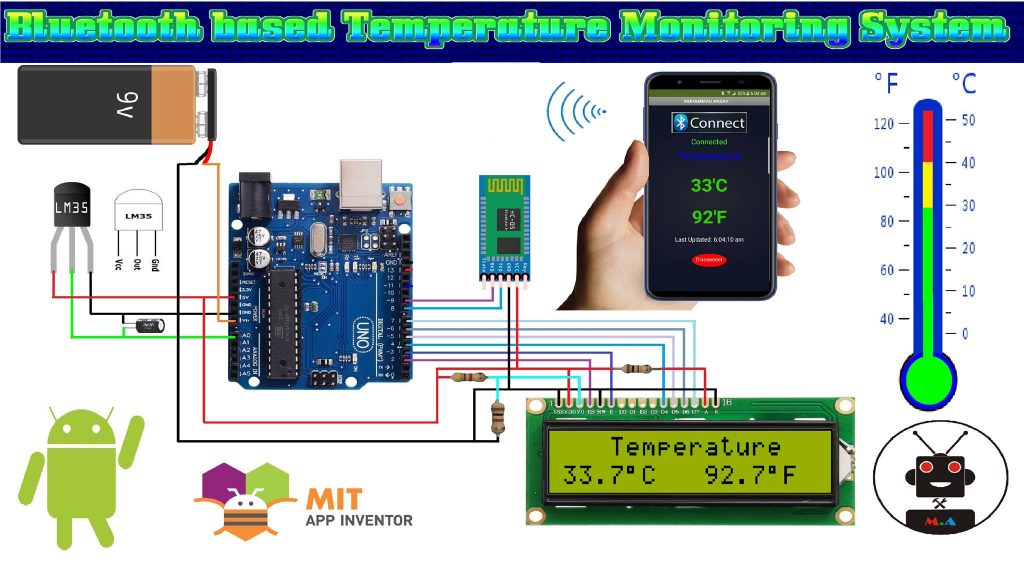 In this lesson, the LM35 senses the temperature and changes into an analog signal, and then this signal relates to Microelectronic through an analog-to-digital converter ADC. The analog signal is transform into digital format by the ADC. The value of temperature sensed by the sensor will be shows on Virtual Terminal.

here is the simple circuit with mobile application 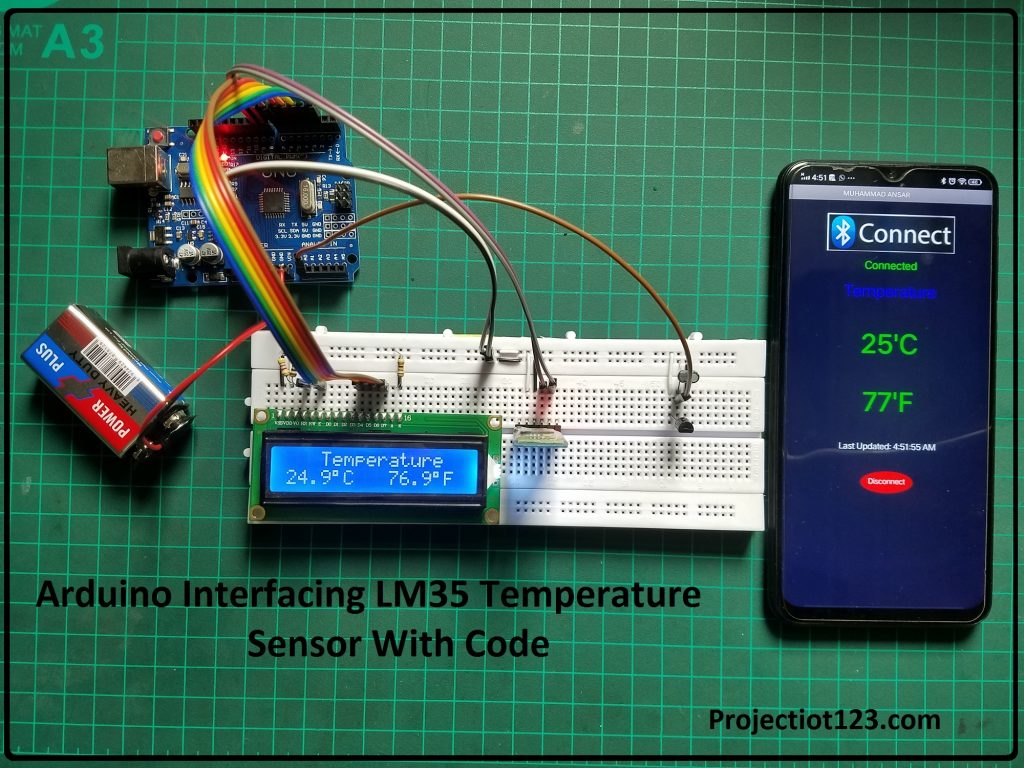 So this is it. I hope you consider this guide useful. Let me know if you required any help with its projects. Will meets you guys next time. Till then take care, have more fun.