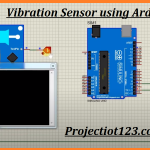 A Vibration Sensor or a Tap Sensor is a simple device that traces vibrations or shocks from knocking or tapping it. It is essentially electronic switches which normally open. When it traces any shock or vibrations, it closes (for that moment and returns back to its set position).

I have plot a simple circuit using Arduino, Vibration Sensor and an LED where the LED is turned on by Arduino when the vibration sensor detects any vibrations. Also the detail of the vibrations sensor is displayed on the Arduino serial monitor. 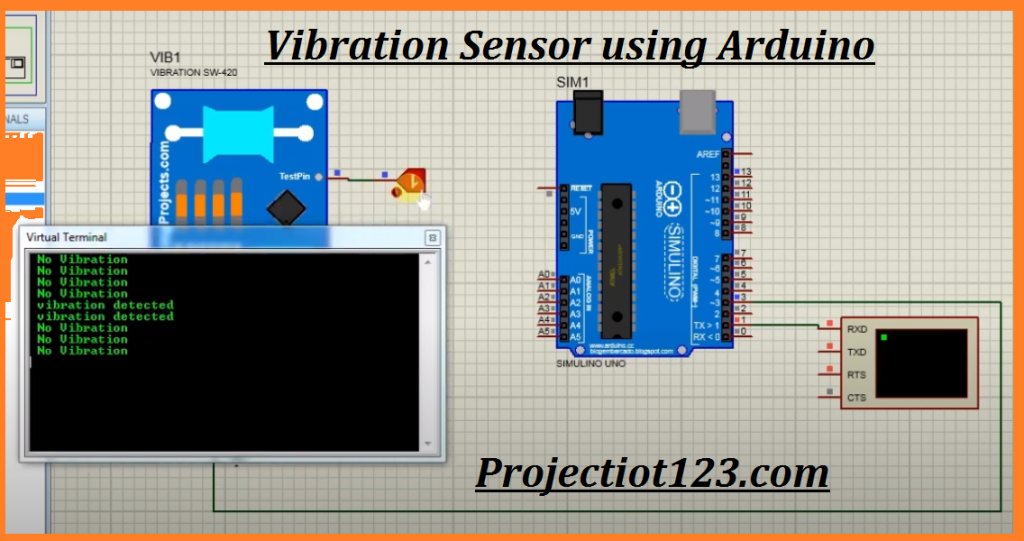 Then join the out (S) pin of the sensor to Digital Input and Output pin 8 of Arduino. Ultimately, a Virtual terminal is attached to Pin 7 of Arduino between a 1k ohms current with limiting resistors.

Make the attachment as per the circuit diagram show above. Fix the vibration sensor to a door and knock on the door.

So this is it. I hope you consider this guide useful. Let me know if you required any help with its projects. Will meets you guys next time. Till then take care, have more fun.