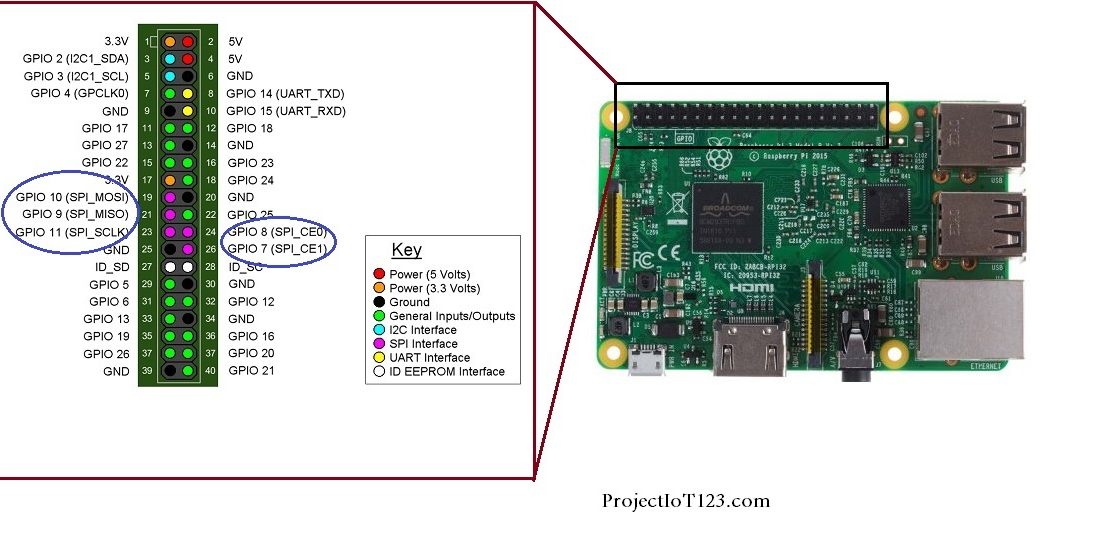 In this article I will discuss about how to enable the SPI port in the Raspberry Pi and about SPI serial communication. So sit back keep reading and enjoy learning.

WHAT IS SPI Interface:

There are number of devices which uses the SPI interface to communicate with other devices. So if you are using the Raspberry Pi in your projects it becomes necessary that Raspberry Pi is able to talk to the devices that uses SPI serial communication.

SPI interface of the Raspberry Pi:

Now I will take you through the steps of enabling the Serial Peripheral Interface is Raspberry PI.

First of all open the terminal of the Raspberry Pi.

Now type the following command in the terminal window of the Raspberry Pi.

Now press enter and the window will appear in front of you.

The window will have the option of “Interfacing option”. Click on it and another will appear in front of you as shown in the following image:

Now click on the SPI interface on the window as shown in the following image.